A Guide to Cylinder Liners

A cylinder liner (or sleeve) is a cylindrical part to be fitted into an engine block to form a cylinder. It is one of the most important functional parts to make up the interior of an engine. Diesel engines are generally constructed with replaceable cylinder liners to allow the engine to be reconditioned easily, the material of the liner must withstand extreme heat and pressure developed within the combustion chamber at the top of the cylinder and, at the same time, must allow the piston and its sealing rings to move with the minimum amount of friction.

Close grained cast iron is most commonly used for liner construction however in some circumstances liners are made in steel. The cast iron liners are generally manufactured by the ‘Centrifugal Cast Process’ which is acknowledged as the best method. The liner cast by this process will possess the bearing qualities that cause skin healing after abrasion and a structure that is readily wetted by oil and able to retain an oil film. The Centrifugal cast process is needed to ensure that a homogeneous material is produced with a consistent close grained microstructure. Corrosion resistance is further improved by adding Chromium in the metal. In the centrifugal casting process, the molten metal is poured into the mould to distribute itself evenly around the die. The resulting casting is therefore a finer grain and free from blow holes or porosity. A further important advantage is that the impurities are forced centrifugally to the bore surface from which they are removed by subsequent machining.

In the case of steel liners these generally are thin walled and can be hard chrome plated in the bore, the chrome finish leads to enhanced lubrication and an optimised plateau finish which leads to long piston ring life whilst minimising the retained oil film resulting in reduced emissions and oil consumption.

Dry liners have relatively thin walls compared with wet liners. Note that the coolant circulates through passages in the block and does not come in contact with the liner. When a dry sleeve is installed in the cylinder block, a certain amount of interference fit is usually required to retain the sleeve and prevent it from slipping, typically 0.0015” to 0.0020” interference is required to lock a sleeve in place.

Generally the water jacket is formed by the cylinder liner and a separate jacked which is part of the cylinder block. A static seal must be provided at both the combustion and crankshaft ends of the cylinders to prevent leakage of coolant into the oil pan sump, or combustion space. Generally the seal at the combustion end of the liner consists of machined flanged fit, rubber or neoprene liner seals generally form the seal at the crankshaft end of the liner. Liners of this type are constructed to permit lengthwise expansion and contraction. The walls of a wet liner must be strong enough to withstand the full working pressure of the combustion gases.

One of the fundamental problems with wet liners in diesel engines is cavitation damage on the outside diameter of the liner. Harmonic vibrations produced by combustion inside the cylinders cause tiny air bubbles to form in the coolant on the outer surface of the liners. When the bubbles implode or collapse shock waves are created that can erode the surface of the metal. Overtime, this can lead to serious erosion and surface pitting that may eventually cause the liner to leak of fail.

Cavitation damage can be reduced or eliminated by ensuring that the fuel injection timing is correct and that the engine is not subject to over-speed outside its specified RPM range. Cavitation damage can also be mitigated by using supplementary coolant additives and following OEM coolant recommendations.

To ensure required installation and sealing dimensional accuracy is an absolute must to ensure roundness and straightness. The liners must be manufactured to exacting standards to ensure proper fitment, too much variation on tolerances can distort the cylinder bore and adversely affect ring seating and sealing, compression, blowby, oil consumption and emissions. In severe cases piston scuffing can occur if clearance between piston and cylinder bore is insufficient.

A poor fit between the cylinder block and a flangeless cylinder liner also increases the risk of the liner coming loose and moving up and down. A poor interference fit with gaps here and there can also cause an engine to overheat because of reduced thermal conductivity. 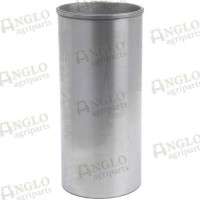 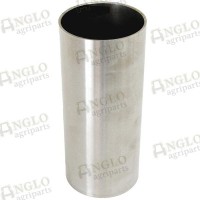 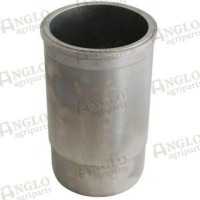 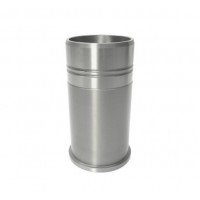